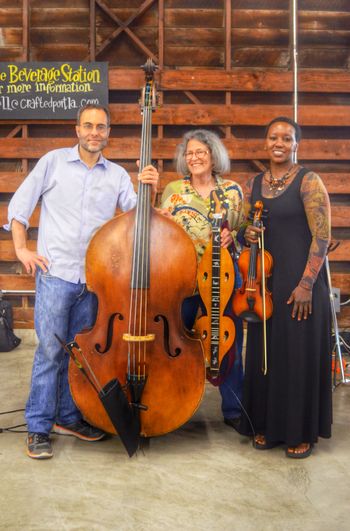 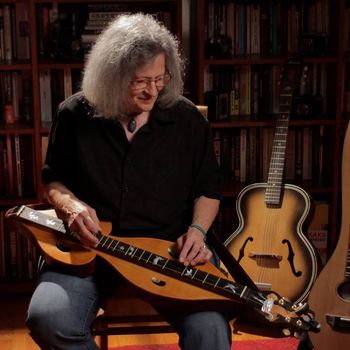 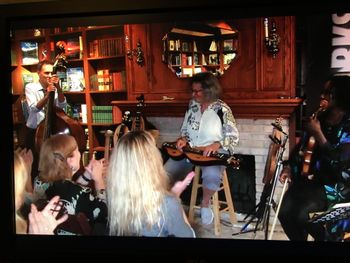 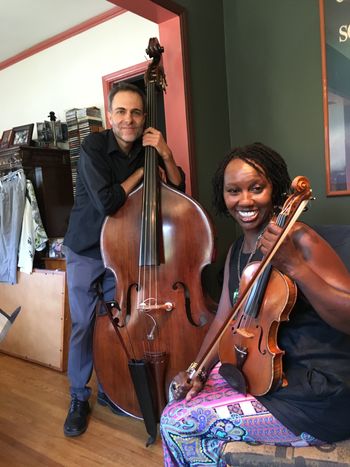 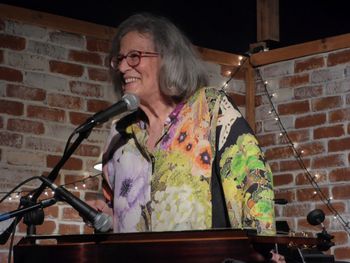 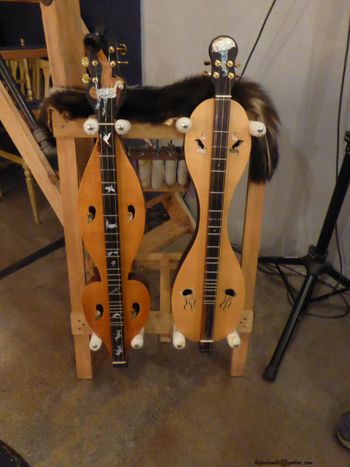 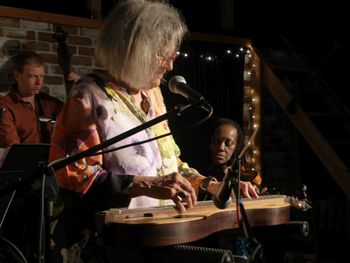 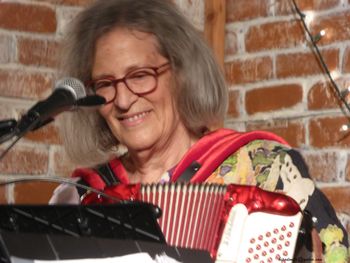 The Urban Gypsies bring the whimsical and imaginative mountain dulcimer player Joellen Lapidus together with the musical talents of violinist Yvette Devereaux and bass player Oliver Steinberg.  Blending Appalachian, Indian, Arabic, Klezmer, jazz, classical, country and pop musical styles in a joyful exuberant way, we show off an American and World music sensibility that has been  nourished in an urban multi-cultural environment.

We pride ourselves in taking our audience on a musical journey with surprise changes of pace and style.  A jazz tune may follow a country song followed by an exquisitely beautiful and quiet instrumental, followed by a lullaby followed by a howling sing a long. We are musical “Urban Gypsies”,  wandering the musical world,  gathering  up lovely, inspiring, funny, raucous tunes that help us all  feel and express the complex palette of human experience.

Multi-instrumentalist Joellen Lapidus is a pioneer of contemporary mountain dulcimer playing, songwriting, teaching and building.  She is the author of the classic dulcimer instruction book, LAPIDUS ON DULCIMER 2, teaches at McCabes Guitar Shop in Santa Monica, CA and performs and teaches at music festivals from coast to coast.

Joellen’s first musical instruments were the accordion and clarinet.  Later she studied classical Indian and Arabic music. Her love of music extends to jazz, pop, klezmer and country.

As a dulcimer builder, her innovative shapes and exquisite inlay work influenced many of the dulcimer builders of the 70's and 80's. She’s built instruments for Joni Mitchell, David Crosby and Jackson Browne.

Her recordings include:  “Dulcimer Music for the Pelican Ballet,” (2014):  a feast of dulcimer styles and moods accompanied by violin, viola, spoons and jazz trumpet,  and  a live concert CD from 2004: “Joellen Lapidus in Concert”. Other recordings include two Klezmer CDs:  “Under Construction” and “Raising the Roof”  with her band Extreme Klezmer Makeover.  They feature both traditional and original songs with an urban fusion flair.

4 years ago she formed Joellen and the Urban Gypsies with violinist Yvette Devereaux and upright bassist, Oliver Steinberg. She currently teaches dulcimer at McCabes Guitar Store in Santa Monica, CA, builds custom dulcimers in her shop in Culver City, CA, and performs solo or with her trio,  the “Urban Gypsies”.

She is a frequent contributor to TV, film and recording.  A short list of her credits includes the 2011  Grammy Awards,  The Voice,  Aretha Franklin’s performance at President Obama’s Inauguration, and the Hollywood Bowl with Stevie Wonder, Gerald Wilson, Joe Lovano and Kenny Burrell.

She has recorded with Barbara Streisand, Justin Timberlake, Alicia Keys, Willie Nelson, Natalie Cole, Queen Latifah, Smokey Robinson, Luther Vandross, to name only a few.  As a classical musician, Ms. Devereaux has served as Principal Violinist for Opera Great Luciano Pavarotti in Las Vegas at the Caesars Palace and toured with Andre Bocelli.