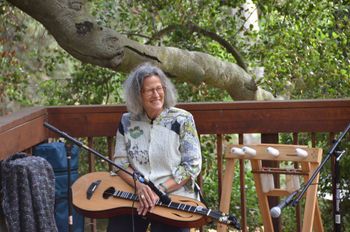 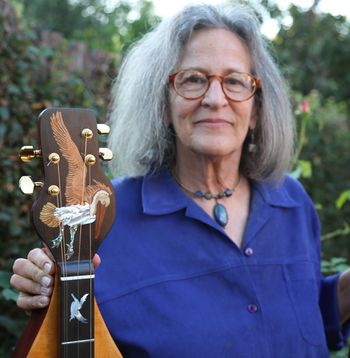 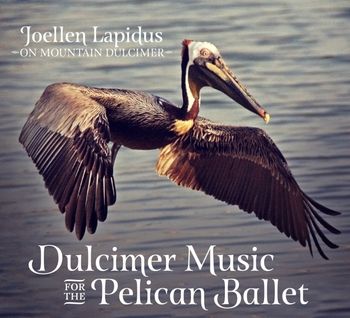 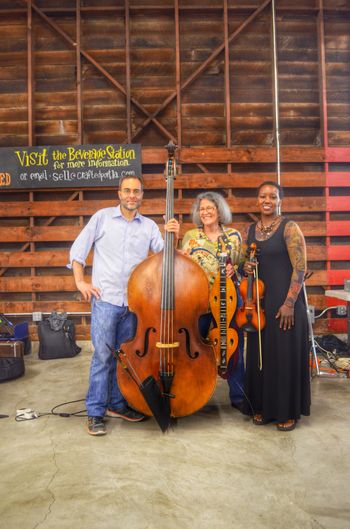 (Click on the download link above, and then right-click the picture to save it to your computer.)
BIO:   Joellen Lapidus is one of the pioneers of contemporary mountain dulcimer playing, songwriting, and building.  She is the author of the recently republished and updated 2nd edition of her classic dulcimer instruction book, LAPIDUS ON DULCIMER 2.

Joellen blends Appalachian, Indian, Arabic, jazz, classical, and pop musical styles to give the mountain dulcimer a new range of rhythmic, melodic, and tuning possibilities.  As a dulcimer maker, her work influenced many of the dulcimer builders of the 70's and 80's.  Her instruments were known for their innovative shapes, exquisite sound hole and peghead inlay work.  She introduced the dulcimer to Joni Mitchell and made three instruments for her between 1968 and 1976.  She has also made instruments for David Crosby, Jackson Browne, Wendy Waldman and Garth Hudson.

After pursuing a second career as a psychotherapist between 1984 and 2002 and completing a masters and doctorate in psychology, Joellen returned to performing, teaching and writing songs for the dulcimer in the 2000s.  Her solo dulcimer CD, “Joellen Lapidus in Concert,”  was recorded live in March of 2004, and marked her return to performing after a hiatus of many years.  In 2014 she recorded her first studio CD: “Dulcimer Music for the Pelican Ballet,” a feast of dulcimer styles and moods accompanied by violin, viola, spoons and jazz trumpet.

She has been a featured artist at multiple dulcimer festivals on both coasts, been written up in magazines from the LA Times to the Dulcimer Players News, and has appeared on radio and TV.

In 2011 she began building her own dulcimers again as well as collaborating with other dulcimer makers who have commissioned her inlay work for their peghead and fretboard designs.

Joellen currently teaches mountain dulcimer in West Los Angeles at the renowned McCabes Guitar Store in Santa Monica, CA where she founded the Los Angeles Mountain Urban Dulcimer Club.  She makes dulcimers and does custom inlay in her shop in Culver City, CA and performs solo or with her trio, Joellen Lapidus and the Ballona Gypsy Band,  consisting of Yvette Devereaux on violin and Oliver Steinberg on bass.

“I want you to dance and sing!” and with this opening refrain, Joellen Lapidus invites us to walk the musical pathway she has blazed for nearly fifty years with her love of music and her virtuosity on the American Appalachian Mountain dulcimer.

“Interweaving her originals with tune-full nods to Bob Dylan, the Everly Brothers, Richard Fariña, a few etudes from India, Israel and a well-rounded song tour of the dulcimer's Appalachian and Childe Ballad heritages, in Pelican Ballet, Joellen does it all. Here is a master, unselfconsciously hard at work being the person she has always been-- a creative, joyful, thoughtful, innovative tunesmith.”

The common perception of the mountain dulcimer is a simple instrument with musical limitations that only plays strummy Appalachian tunes. With her new release Dulcimer Music for the Pelican Ballet, Joellen Lapidus blows that idea out of the water. How often have you heard a mountain dulcimer play with a Miles-inspired trumpet, a contemporary Klezmer band, or a East Indian raga? To our delight, her dulcimer sounds at home in all these musical genres.”

---Patricia Delich and Wayne Jiang​, Writers and producers of documentary film production of 'Hearts of the Dulcimer.'

PAST PERFORMANCES AND EXHIBITS
FEATURED TEACHER AND/OR  ARTIST 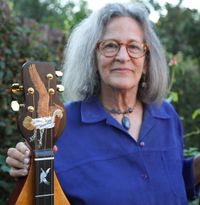 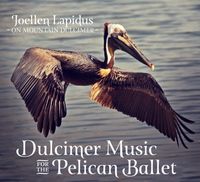 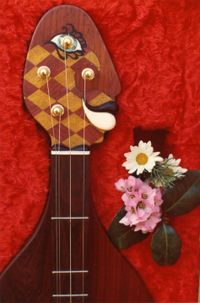