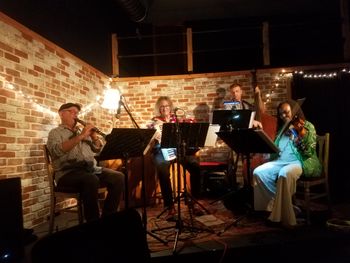 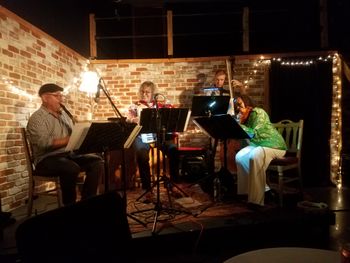 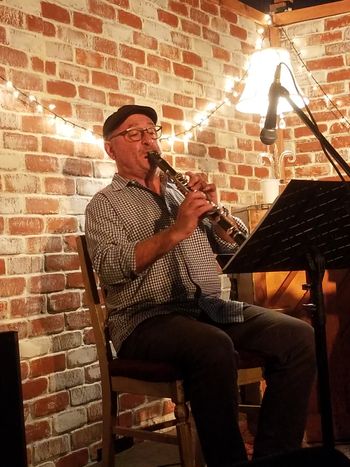 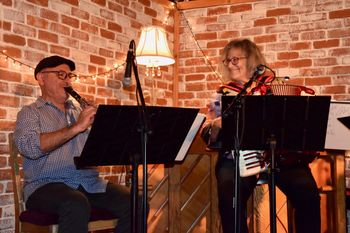 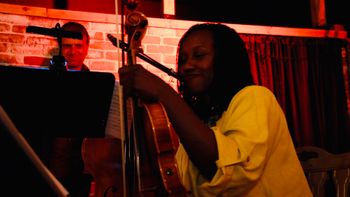 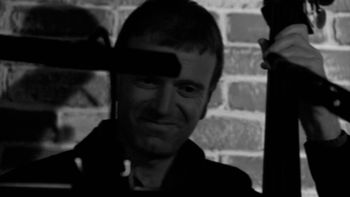 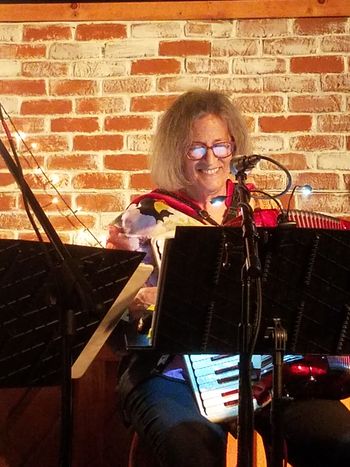 Multi-instrumentalist, composer, singer and luthier  JOELLEN LAPIDUS started the band Extreme Klezmer Makeover in the early 2000's.  She played clarinet, sang vocals and played accordion and mountain dulcimers on tunes she composed: Grandpa Benny’s Chicken Market, Oh Grandma Yetta!, Always Russian and Winter’s End; some of the band’s biggest hits.
Growing up in New York City she performed in youth orchestras and marching bands until pulled into the 60's folk revival after hearing Richard Farina play mountain dulcimer at the Newport Folk Festival in 1965.  She moved to California and began building and playing mountain dulcimer in 1967.  She became one of the top dulcimer innovators on the West Coast, known for experimental shapes,  exquisite inlay and  bold rhythmic playing.  Her work was featured in galleries, art museums, magazines, the NAMM show and the LA Times.
She authored the music instruction book, “LAPIDUS ON DULCIMER 2", teaches at McCabes Guitar Shop and teaches at festivals from coast to coast.
Joellen’s dulcimer recordings include a live dulcimer album “Joellen Lapidus in Concert” and “Dulcimer Music for the Pelican Ballet”. Her recordings with Extreme Klezmer Makeover  include “Under Construction “ and “Raising the Roof”.
Besides klezmer, her love of music extends to jazz, pop, country and classical Indian and Arab music which she studied at the Ali Akbar College of Indian Music. Her music bears the stamp of all these influences.  When  you hear the band and want to dance, just know that the accordion and bass player are generating those delicious irresistable rhythms.
www.lapidusmusic.com/schmaltz
www.lapidusmusic.com
www.lapidusmusic.com/extremeklezmermakeover

Yvette Devereaux played violin with Extreme Klezmer Makeover in its last year in 2013.  She and Joellen  continue to play together in the  folk trio “Joellen and the Urban Gypsies”.  When Joellen got called for a klezmer gig last year, she called Yvette, Leo and Igor and put together SCHMALTZ.  The interplay between Yvette’s electrifying and haunting violin and Leo’s soaring chuckling clarinet, is an explosion of extraordinary musical technique gushing with delicate, raucous, humorous, deeply emotional, uplifting, ecstatic, transformative  musical conversation. It’s very rich! That’s why we call the band SCHMALTZ.

Born in Los Angeles, YVETTE DEVEREAUX is a performer, conductor, composer, arranger and music educator. Her classical, jazz, pop, gospel and world music background makes her a perfect fit for SCHMALTZ.
As a violinist she has too many credits to list. She was the violinist for the legendary Gerald Wilson’s  Jazz Orchestra. She has performed and/or recorded with Barbara Streisand, Alicia Keys, Stevie Wonder, Donna Summers, Kenny Burrell, Willie Nelson, Melissa Manchester, Peabo Brson, Chaka khan, Herbie Hancock, Lionel Ritchie, John Legend, Dianna Krall, Justin Timberlake, Andre Boccelli, and Aretha Franklin to mention only a few.
As a conductor, Yvette has conducted symphonty orchestras in Los Angeles, Minnesota, Seattle, Hong Kong, China, and Spain. Yvette gets flown in from Los Angeles to conduct the All County Youth Orchestra of Long Island, NY; where only the most advanced and top high school players are invited after they audition.
In addition to conducting, composing and performing, Ms. Devereaux is an advocate for mentorship, empowerment, productivity and the betterment for all people (particularly, youth) through quality music coupled with ethics and morals.
She created “The Progressive Symphony” and “The Progressive Arts Academy”, which brings quality training in the arts to underserved communities.
Yvette’s dazzling violin wizardry creates beautiful sounds that uplift the heart, express the gravitas as well as the joys and giggles of living.
www.yvettedevereaux.com

The extraordinary klezmer/classical/world/jazz clarinetist and saxophonist, LEO CHELYAPOV,  graduated from the Moscow College of Musical Arts and emigrated to Hollywood in 1992. His playing has taken America by storm by infusing pure, traditional Jewish folk music into the fabric of American popular culture. Leo played on the soundtrack of Howard Stern’s film Private Parts, has performed with  popular rock bands like The Red Hot Chili Peppers, has been on Late Night with David Letterman and MTV. He has recorded two CDs with the Hollywood Klezmer Band, performed at the Playboy Jazz Festival (2002), played concerts at the University of Judaism with jazz luminaries Buddy Collette, Abe Most, Herb Jeffries and Bobby Rodriguez, performed a Clarinet Concerto with Los Angeles Jewish Symphony; appeared with Neil Sedaka at the Wilshire Theater and in 2013 played woodwinds for "When you are in Love, the Whole World is Jewish",  directed by Jason Alexander.
Leo’s long list of credits include countless  performances with classical, world and jazz ensembles, composing for film, teaching at the Ohr Eliahu Academy in W. Hollywood,  giving private lessons and working as a woodwind specialist arranger.  His clarinet playing spins and spirals and laughs and cries all at the same time.  SCHMALTZ wouldn’t be as schmaltzy without him.

IGOR KOGAN is a versatile bass player, composer and arranger. He has appeared at prestigious venues and festivals in U.S and Europe, including Jazz at Lincoln Center and Steinway Hall (NYC), Bern Jazz Festival (Switzerland), Jewish Music Festival (Canada), Red Sea Jazz Festival (Israel). After spending several years in New York, working as a performing/recording musician, he relocated to Los Angeles, where he continues to perform as a bass player on a variety of projects, live concerts, Broadway musicals and recording sessions, as well as composing music for films and TV, and leading his own 17 piece contemporary jazz orchestra.
He has played klezmer music with Leo for years and provides the foundation upon which all the merriment and depth of this SCHMALTZY ancestral music is made.
www.koganigormusic.com